I really can’t believe it’s been less than a week since we last updated. We just arrived in Picton and will depart the S. island in 2 days time on the ferry. In a week we will finally see Wanderlust V again and we’re pretty excited to go back to boat life.

Last we wrote, we had a lucked out with the weather and had a great time in the Mt. Cook area in the middle of the S. Island. We woke up and left Twizel on March 15th and decided to visit Antarctica on the way. Rather than spend $10,000+ for the real experience, we went with the $30 (50% off) entry to the Antarctica center in Christchurch because it’s the next best thing obviously. Andy was excited about the prospect and I was ambivalent, but the center was actually a lot of fun and had some interesting exhibits plus a 4D movie experience where the crashing glacial icebergs actually splash you. Unfortunately, we got there at 2:30 and missed the Husky snuggle time, which Andy was especially sad about. We did see the little blue crippled and or brain damaged penguins at feeding time and that was a definite highlight. The sign said these penguins are “fortunate” to live in captivity as they would definitely die in the wild. The motley collection of penguins included a few that were neither brain damaged nor crippled, but too lazy to swim when they tried to release them so obviously those ones know how good they have it in captivity. 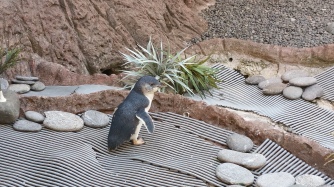 After the penguins, we experienced an Antarctic storm with windchill down to -10 C. I decided to avoid the 40km/hr winds and hid inside an igloo in the storm room. Only 2 little kids decided to take cover inside as well, smart kids…I also was the only person in flipflops (thongs) under the rubber booties the Antartica staff provided (not smart). At least the simulation was short so I kept all my toes.

After Antarctica (in Christchurch), we continued on to our cheap beachside airbnb shed in a sleepy town called Amberley and stuffed ourselves full of mussels at the railroad tavern. The mussels were just one person’s meal and we were so full, we had to order dessert. We rolled out of the tavern and took ourselves to bed in the cozy shed after seeing the full moon rise over the ocean. You’ll have to imagine the moon as photos were impossible.

After Amberley we went to Hanmer Springs and enjoyed a few hours soaking in giant spas full of rich mineral water complete with mild sulfur smell.

We were very relaxed and continued on to our next night outside a sleepy little town called Murchison. There were a million trucks on this stretch of winding mountain road and our little silver bullet made it without complaint. We even stopped at another waterfall before getting to Louise and Richard’s old country airbnb with fresh scones on arrival (the best part). The worst part was the million and a half insects that swarmed around at night, but we were quick enough going to and from the separate bathroom that none of them managed to infiltrate the bedroom. 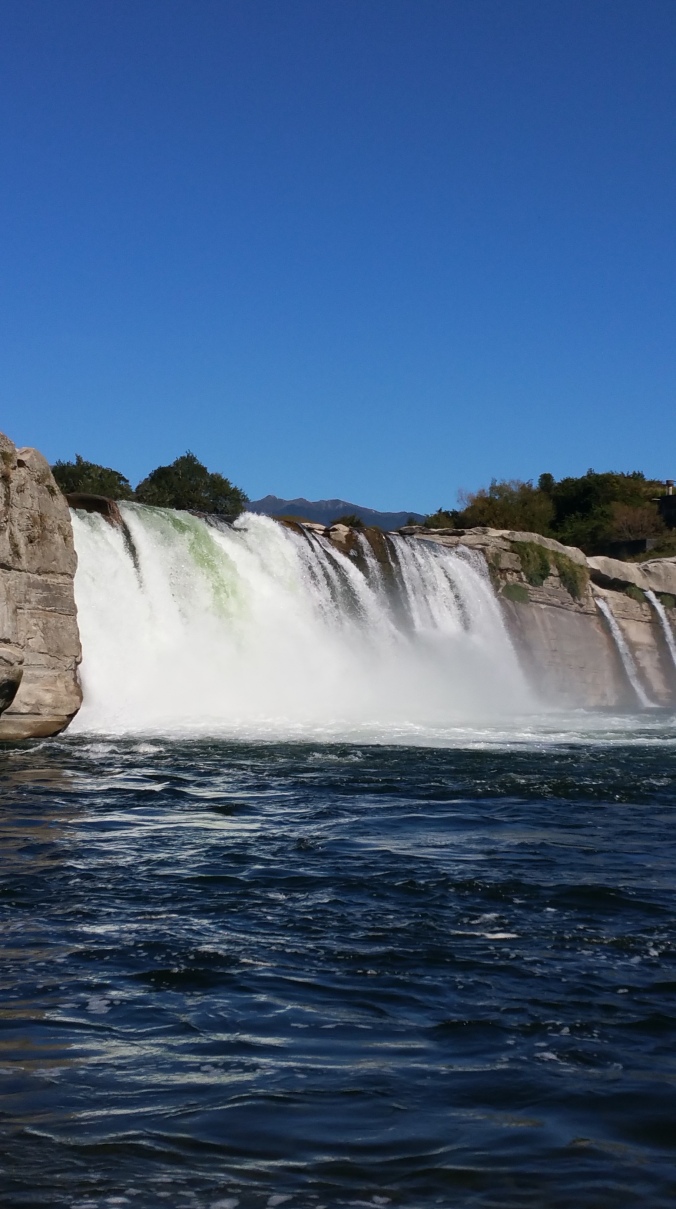 After our quick stop off in Murchison we made it to Nelson and enjoyed staying at Tasman Bay backpackers. At one stage we wondered if we were too old for hostels when a rowdy crowd came back at 3 am and woke everyone up. I took it upon myself to congratulate them on a good night out then told them to shut up using my most polite nurse voice. Surprisingly, they got quieter. The next morning, I woke up at 8 Am and went to support the NZ economy at the Nelson market which had a great variety while Andy slept in. By the third night, we were the loud ones, but at least our group of mature wine drinkers took ourselves to bed at midnight. We managed to go on a 14km hike in Abel Tasman before we rewarded ourselves with wine. It was a beautiful day and well worth it. 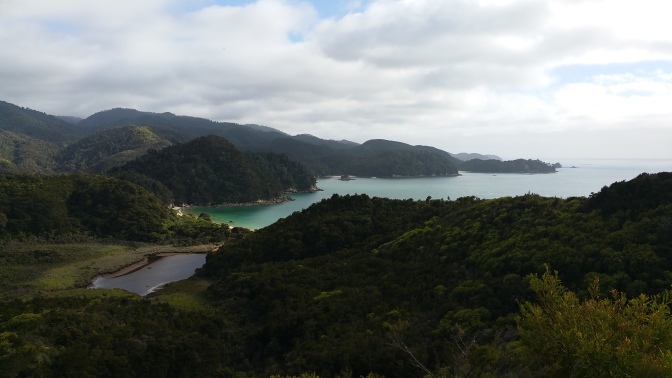 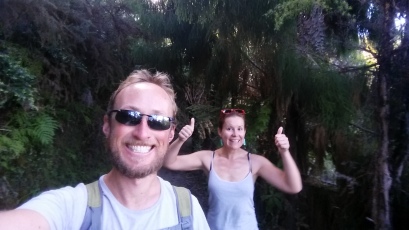 For now we’re staying at a hostel next to a cemetary in the port town of Picton and the place has a door shaped like a coffin lid. Hopefully we’ll sleep well tonight in the tomb-like quiet at tombstone backpackers.

2 thoughts on “To Antarctica and beyond”

Leave a Reply to Jade the big old les, who really is the best Cancel reply