Miss us? We are loving island life, meeting fellow cruisers and relaxing with little to no plans day to day. *Drone photos and kite photos courtesy of Michaela Huss on S/V Alita*

Currently, we are anchored off the island Uoleva near a fantastic sandy point perfect for kiteboarding. Andy is in heaven and I even practiced flying a kite for a few hours a few days ago and surprisingly didn’t crash. There is an amazing kiteboarding resort nearby with friendly owners Glen & Karen. Luckily, Glen gave Andy some advice about fixing his larger kite that got damaged over 10 days ago so now he has 2 kites again that he can use in a variety of wind speeds.

When we last wrote, we just arrived in Tonga and checked into customs etc. We ended up spending 10 days anchored off Big Mama’s yacht club on Pangaimotu and departed on June 7th for Kelefesia island after stocking up on fresh supplies and clearing out of customs. Tonga requests clearing in and out of the various island groups as a courtesy which has been very easy so far.

We spent the night of June 7th-9th anchored off Kelefesia which is a beautiful island with giant cliffs at the ends and a coral reef right up to the beach on one side. Bringing the dinghy to shore at anything other than high tide was not really possible. We were in company with SV Alita, home to our friends, Michaela and Marcus and Michaela’s brother Alex, visiting for 2 months.

We had a big bbq on Wanderlust on the night of June 10th as the freezer died and we were anchored off Nomuka island with our friends on Alita, our friends on Maharangi and sharing the bay with another yacht, Luna C which has 3 kids under 7!  We had 7 people on board for the BBQ and Andy grilled up a tasty beef roast, sausages and bbq chicken…not all of our meat, but most of it. It was a great get together with everyone even if it was the result of more equipment breaking. On the bright side, the batteries get a good charge during the day without the extra power consumption  of running the freezer.

We walked all around Nomuka and had a nice swim in the beautiful blue water…all the islands we’ve visited have beautiful clear turquoise water so we’re getting used to it, but still consider it remarkable.

After Nomuka, we went to my favorite island so far, Vonukuhihifo where Andy had a day of good kite surfing and Michaela, on Alita made a drone video for him and it coincided with his birthday on June 12th! He was landing some jumps and this was the first time he was able to kite again since January so a really nice day. We had a delicious feast on Alita on Andy’s birthday of fresh fish and finished the night with some very gooey brownies that I brought along. 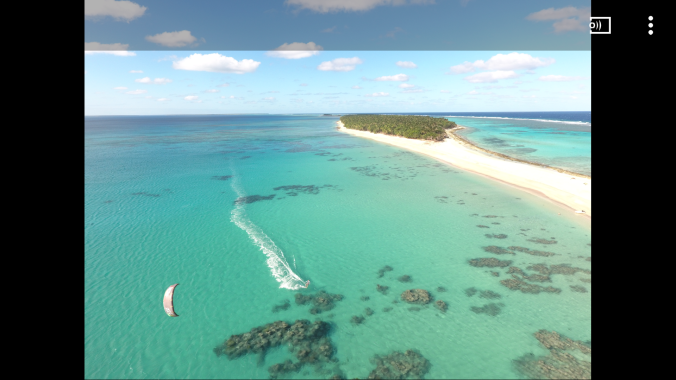 It’s nice traveling in company with another yacht and great because Michaela and Marcus are familiar with the islands after visiting a couple of years ago. Also Michaela is a very inventive cook and shared  some yum German recipes with us. So far, we’ve made pretzels and pizza from her recipes and they didn’t turn out too bad for the first try.

After the island with the really long name, we sailed up to Lifuka to check in to the Ha’apai’s and were a bit disappointed at the lack of selection at the shops. We did find some basic bread though and stocked up on tang and eggs. Finally in Lifuka, we bought a machete which is extremely useful for chopping up coconuts to drink (green ones) or eat (brown ones already on the ground). We learned how to climb coconut trees (by tying your legs together about hip with apart at the ankles) and shimmying up a palm tree. Only trees at the perfect angle of 45ish degrees work for this method. Yesterday, I finally perfected boat bread using the “18 hour bread recipe” and it came out chewy, flavorful and looks like bread! It’s not super dense or under cooked like my previous attempts although all the baking has increased our cooking fuel consumption and we will eventually need to refill propane and fresh water when we reach Vava’u. We have no plans to head to Vava’u anytime soon as we are very much enjoying the uninhabited islands, the beautiful beaches and the company of other cruisers down in the Ha’apai group.